New Tax Increase for Wealthy Americans: Will You Pay More? 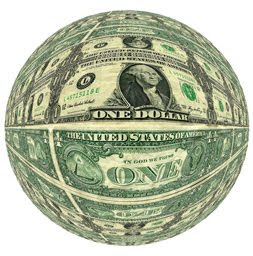 New Tax Increase for Wealthy Americans: Will You Pay More?

In March, Congress passed landmark legislation that will affect taxpayers in good ways and bad. It’s called the Health Care and Education Affordability Reconciliation Act of 2010. You’ve heard talk about the benefits for folks with average and lower incomes.

But what about the wealthy? Tax returns for Americans making over $200,000 a year (in adjusted gross income) account for over 3 percent of all tax returns filed in 2007 (the most recent year of IRS statistics).

Will you have a new tax increase?

Perhaps. The following two new taxes take effect in 2013. The law could be changed at least twice by then.

Meet the new Hospital Insurance Tax: a 0.9 percent tax on the wages of individuals whose earned income is over $200,000 ($250,000 for couples filing jointly). “Earned income” means wages or profits from your Schedule C businesses and self-employment income from partnerships.

Lest you feel discouraged from working and instead want to kick back and build up your investments, beware. There’s a sister tax, the 3.8 percent Medicare tax. That is imposed on unearned income-investments, passive income, capital gains, etc. This affects modified adjusted gross income of $200,000 for singles, $250,000 for couples filing jointly, and $125,000 for couples filing separately. This tax will be imposed as well on trusts with undistributed income of about $12,000, so trusts aren’t a solution.

What’s excluded from both these new taxes? Retirement income (taxable draws from IRAs, pension plans, and the like) and tax-exempt trusts, like charitable remainder trusts.

The bad news? If you end up facing these additional taxes, no amount of itemized deductions will help you avoid them.

Reduce earned income by maximizing your participation in flexible spending plans that cover health-care costs, child-care costs, and education expenses. Increase your contributions to your retirement accounts as high as you can. Better yet, if you are in a position to elect Roth IRA treatment for part of your pension contributions, take advantage of that option. In the long run, this will reduce your tax impact.

This strategy will help about 70 percent of people affected by the tax. Everyone else’s income will be too high for this to make even a minute difference.

Will it help to convert your retirement accounts to a Roth IRA? It won’t make a difference, since income from IRAs and pension plans isn’t hit by these two taxes.

Well-planned investments in real estate and oil can generate lots of passive losses through depreciation and depletion while generating substantial cash flow. Your passive loss deductions will be suspended in the early years but will be deductible once the investments generate taxable income. Meanwhile, none of the cash flow will be taxed.

The Wall Street Journal suggests you buy life insurance and borrow against it. That’s one way to spend lots of money, give your heirs tax-free income, and still get enough cash back to live on.

It’s time to learn to maximize your investment growth in Roth accounts. Learn more about self-directed Roth IRAs and investing in intangibles, like royalties, copyrights, etc., that bring in a solid stream of income instead of traditional stocks and bonds. Ultimately, the more money you can convert to tax-free income when you draw it, the less you will be affected by any income taxes.

Eva Rosenberg, EA, is the publisher of TaxMama.com®, where your tax questions are answered. She teaches tax professionals how to represent you when you have tax problems. She is the author of several books and e-books, including Small Business Taxes Made Easy. Follow her on Twitter: @TaxMama

Self-Employed? Here’s What You Need To Know About Estimated Payments

Can’t Pay Your Tax Bill? Here’s How To Deal With The IRS