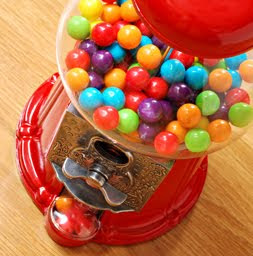 As you probably learned in middle school history class, the formation of the United States of America was precipitated by just one tax too many from the British—the Stamp Act led to an infamous Tea Party and, ultimately, a revolting situation.

Watch out! We may be on the verge of a new revolt. Take a look at some of these new taxes that might affect your bottom line:

The cause? The new tanning tax! Courtesy of the Affordable Care Act, if you want to get a little artificial sun, you will now pay a 10 percent tax on indoor tanning services. How un-American is that? That’s really going to impact George Hamilton’s budget. What about yours?

Bottled Water Tax is All Wet!

See if you can figure out this new water tax in Washington State. Folks who get a prescription for their water can buy their bottled water tax-free. But if they get a disposable bottle with their bottled water, they have to pay the tax and apply for a refund when their taxes reach $25. Do you think there’s an iPhone app to scan those bottled water receipts?

Starting this summer in Kentucky, retailers get a not-so-sweet deal trying to identify what is and isn’t candy. Breakfast bars containing natural or artificial sweeteners along with fruits, nuts, or other ingredients; without flour; and that don’t need refrigeration are classified as candy and are subject to sales tax. But breakfast cereals with exactly the same ingredients on the label are not classified as candy—and are not subject to sales and use taxes. Huh? Would this change your shopping habits?

Now You See It, Now You Don’t Tax

Wyoming did something smart, effective July 1 of this year. They stopped taxing sales of digital products with only fleeting use. For instance, you no longer have to pay sales taxes on downloadable pay-per-view films, since you don’t get to keep the file permanently. Of course, if you download ebooks that you get to keep forever, the sales tax is still there.

No, no, not that kind of jock. This started out in 1991 as a tax on Michael Jordan’s earnings on a game the Chicago Bulls played in California. It was extended to tax anyone performing in, playing in, or working in California, even for brief periods. Since this tax worked in California, other states picked it up, too. These days, it’s not uncommon to see W-2s from half a dozen states for performers or support staff who’ve worked on one film project, or were members of a sports franchise traveling around the country.

In fact, this same issue is hitting the pro golfer circuit in Britain this summer.

Yup, if Tiger Woods goes to Britain to participate in the Ryder Cup matches in October, the Brits want to tax Tiger Woods on a percentage of his worldwide “passive income”—the millions of dollars he receives from sponsors for endorsements. This could cost him about a million dollars. In the past, Britain only targeted active income—income earned by the athlete for the specific event taking place in Britain. But winning a case against Andre Agassi several years ago has emboldened Her Majesty’s Revenue & Customs to go after the passive income of all foreign athletes who play in Britain.

The terrifying thing about this is if the Brits get away with it, how soon will it be before California—and other states—try it, too?

Eva Rosenberg, EA, is the publisher of TaxMama.com®, where your tax questions are answered. She teaches tax professionals how to represent you when you have tax problems. She is the author of several books and e-books, including Small Business Taxes Made Easy. Follow her on Twitter: @TaxMama

Phantom Income from a Short Sale or Foreclosure? TaxMama Gives You Two Ways to Avoid the Tax
New Tax Increase for Wealthy Americans: Will You Pay More?
Tax Tips for Commercial Real Estate Owners
Hiring? Do Your New Hires Qualify You for Tax Credits?