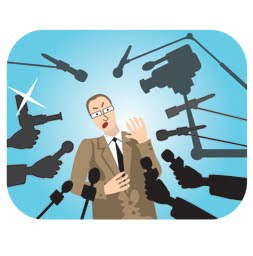 Take the case of Richard Hatch, the first Survivor millionaire. Didn’t it dawn on him that his winnings were taxable? In 2006, Hatch landed in jail with a fifty-one-month sentence for tax evasion.

A high-profile tax prisoner, Hatch took his battle all the way to the U.S. Supreme Court. Not entertained, the Supremes brushed aside his petition, refusing to consider his case. After time in and out of prison, on and off parole, Hatch finished serving time in October 2009.

And then he returned to jail, in March 2011, for not paying the IRS the $2 million in taxes, penalties, and interest he now owes. Upon his release, Hatch will be under supervision for another twenty-six months. The IRS will grab 25 percent of his earnings to cover back taxes, since he can’t seem to pay the taxes himself. But the IRS won’t be taking money to cover his new earnings. We can look forward to a whole new battle when the time comes.

In fact, he’s recently posted a public plea. Hatch says $300,000 will help him prove his innocence. How? Every court in the land has rejected his arguments. Where does he want to take his case now? The World Court in The Hague?

By contrast, Al Pacino’s measly $188,283.50 tax bill is barely worth mentioning. Pacino blames his manager, Kenneth Starr, for not paying his taxes in 2008 and 2009. Considering Starr was recently sentenced to seven and a half years in prison for ripping off his clients for over $33 million, that’s a pretty credible defense. It’s quite possible that a good defense team can get the IRS to waive most of the penalties.

A Sheen of Truth

Charlie Sheen is a master attention-getter. Don’t worry—Sheen hasn’t added tax evasion to his other troubles. He earns a spot here because the clever folks at AccountingWeb.com are speculating on the deductibility of a variety of Sheen’s expenses. Tax nerds may find the questions interesting to explore. Good Time Charlie offered to pay a third of the cast and crew’s wages when his show was cancelled—a generous offer, considering he cost them their jobs. But is this payment deductible? AccountingWeb says yes—even though those wages were not Sheen’s legal obligation. Interesting.

What about his rehab fees and medical expenses? Oh sure, as long as his medical expenses exceed $2.97 million! Not even Charlie can spend that much on legal drugs and hospitals. Or can he? Incidentally, the cost of illegal drugs is not deductible.

Being a voyeur of celebrity tax troubles can be addicting. To find more news and views, visit my favorite spots:

Medical Tax Deductions Are Worth More Than You Think
5 Tax Lessons Learned from Filing Your 2010 Tax Return
Last-Minute Tax-Filing Tips: 6 Mistakes Every Tax Filer Should Avoid
Strategies to Ensure You Get Credit for Your Charitable Deductions
Do I Get a Deduction for My Gifts? Or Do I Get Punished for Being Generous? 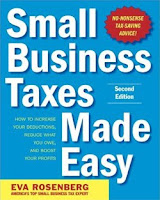 Eva Rosenberg, EA is the publisher of TaxMama.com, where your tax questions are answered. Eva is the author of several books and ebooks, including Small Business Taxes Made Easy. Eva teaches a tax pro course at IRSExams.com.