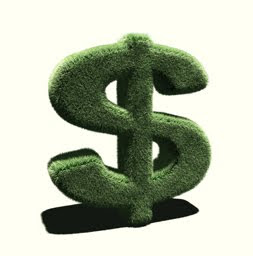 Paying taxes. Just the thought of writing that check to the IRS tends to make the average American see red. However, I am shocked every year at the unfathomable number of individual and corporate taxpayers who pay significantly more tax than they would if they used readily available tax mitigation strategies. The reasons for this tax overpayment are many, including lack of knowledge or the belief that paying tax is one’s patriotic duty, to name a few.

One of my favorite quotes is from the Honorable Judge Learned Hand, who said:

Over and over the courts have said that there is nothing sinister in so arranging one’s affairs as to keep taxes as low as possible… for nobody owes any public duty to pay more tax than the law demands; taxes are enforced exactions, not voluntary contributions.

Have you exceeded your public duty?

It may be too late for your 2010 tax return, but you can already start thinking about how to offset your tax liability for 2011. Some commonly overlooked tax credits and deductions will allow you to keep your taxes as low as possible, while promoting sustainable and green objectives.

A wide variety of green/socially responsible credit and deduction strategies are readily available to taxpayers in the marketplace. However, many tax credit sales require a minimum purchase or investment of at least $50,000, or they require the investor to be accredited. Some tax mitigation strategies that taxpayers might want to be aware of include the following:

Renewable Energy Credits: Many federal and state deduction and credit programs are aimed at incentivizing taxpayers to finance renewable energy options. Renewable energy credits (also known as renewable energy certificates or RECs) are issued by a government agency to a power company that utilizes environmentally friendly methods to generate electricity. RECs can in turn be traded and sold on the open market, providing an incentive to companies that produce green power. Taxpayers who are trying to support green power and reduce their carbon footprint can also take advantage of RECs, regardless of the source of their power. Sources of green power include solar, wind, geothermal, biomass, biodiesel, some fuel cells, and low impact hydropower.

Conservation Credits: The federal benefits associated with conservation are established under the charitable contribution rules. These deductions offer a benefit by reducing taxable income at the federal level, and, for states that determine tax liability using federal taxable income, at the state level as well. In addition, there are over a dozen states that offer a state tax credit for conservation. Colorado, Georgia, North Carolina, and Virginia have the most robust programs for conservation. A taxpayer who invests in conservation alternatives, or who conserves land that he or she already owns, is able to help preserve natural resources and green space while simultaneously mitigating tax liability.

Read More:
Student Loans: Repayment vs. Deferral
How to Avoid Getting Taxed for Phantom Income and Debt Forgiveness
Teens and Taxes: Do I Need to File Taxes?
Tax Differences between Buying and Renting
Writing Off the Family Vacation