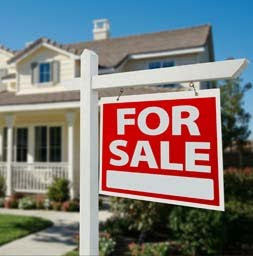 There’s no question that the home buyer tax credits spurred a rejuvenation of the real estate industry:

Of course, spring is always the busiest time for home buyers and sellers. You’d expect to see the strongest home building and home sales numbers this time of year.

So what do these numbers tell us?

The number of building permits pulled declined by more than 11 percent from March to April, which makes sense.

Builders pull permits before starting to build a house. The home buyer tax credits expired at the end of April, meaning you had to have a signed contract by then, and be able to close by the end of June, in order to qualify.

So, by April, home buyers knew it was too late to sign a contract for a new home and feel confident that it would be finished by the end of June. That’s why housing starts were up dramatically (for all those contracts signed in March) and why building permits (which predict new home sales further in the future) declined.

If you’ll recall, the $8,000 first-time home buyer tax credit was supposed to expire on November 30, 2009. New home building permits and sales declined precipitously in November and December and were even slow in January 2010.

My sense is that this summer, we’ll see the same thing happen with both new and existing home sales. The possibility of getting an $8,000 first-time home buyer tax credit or a $6,500 long-term home owner tax credit proved irresistible to many home buyers. So sales that might have occurred later in 2010 or even in 2011 have been “pushed forward.”

What troubles me is that we pushed forward the sales, but the numbers weren’t all that astounding.

Now the tax credits have expired. My expectation is that demand for new and existing homes will fall. Foreclosures are at a near-record high, with 1 in every 387 homes receiving a foreclosure filing. So supply will increase just as demand is falling. Economists expect home prices to fall again in many areas.

The good news is that it’s still a great time to buy a home. Mortgage interest rates are near fifty-year lows again. And for those of you with jumbo loans, there are more mortgage options available than there were a year ago.

So if you have enough cash for a down payment, closing costs, and cash reserves, and if your credit is good enough, you might just see some amazing real estate opportunities emerge this summer.

Read More.
No More Home Buyers Tax Credits: Is Now a Good Time to Buy a Home?
The Best Way to Value Investment Property
Debt-to-Equity Ratios Rising: Unless you get FHA’s $100 Down Payment Incentive, You’ll Need a Bigger Down Payment