Should I Refinance Now?

Should I Refinance Now?
FacebookTwitterLinkedinRedditGoogle+Pinterest
By Ilyce Glink| September 17th, 2010| 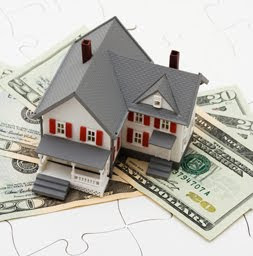 Should I Refinance Now?

Last November, when mortgage interest rates hit 4.25 percent for a 15-year fixed, my husband, Sam, and I hit the refinance button.

We were seven or eight years into our 5/1 adjustable rate mortgage (ARM), which had recently reset to about 3.35 percent. We knew that our total payment would rise slightly because the interest rate would be higher, but we were willing to take the risk to lock in a rate that I never expected to see again.

If you refinance, a couple of years from now when interest rates rise—as they inevitably will—paying off a 15-year loan at 3.75 percent will seem like interest-free money, which it will virtually be, especially if you qualify for some sort of interest rate deduction.

So should I refinance now? Should you?

The only way to tell is to do the numbers. Our refinance would cost us about $1,100, and we would save roughly $60 per month. We break even with the costs of our refinance after about 18 months. Overall, we’d save around $13,000 in interest over the life of the new loan, compared with our current mortgage.

So far, so good, but by the time we’d close on the refinance, we’d be nearly a year into our new loan, so we’d be trading the 14 years we have left on our current 15-year mortgage for a new 15-year loan.

We can recoup that if we use the $60 per month “savings” to prepay our new mortgage. At this point, every extra payment we make each year will save us approximately one year on the loan.

Even with the $6,000 lost, we would still save roughly $7,000 by refinancing. Plus, I’d be able to tell my grandkids that their grandfather and I once had a home loan with a 3.75 percent interest rate.

By the time they’re old enough to understand, the Great Recession will be as far away for them as the Korean War is for us—which, coincidentally, is just about when mortgage interest rates were last this low.

Why Mortgage Lenders Pull Your Credit History Twice
How to Save More Money at Home
Is Now the Right Time to Buy a Vacation Home along the Gulf of Mexico?
Want a Principal Reduction Loan Modification? The New Home Affordable Modification Program (HAMP) Rules You’ll Have to Live By