Mortgage Interest Rate Update: Are We at the Bottom? | ThinkGlink
questions@thinkglink.com
TwitterFacebookLinkedinYoutube

Mortgage Interest Rate Update: Are We at the Bottom?

Mortgage Interest Rate Update: Are We at the Bottom?
FacebookTwitterLinkedinRedditGoogle+Pinterest
By Ilyce Glink| October 1st, 2010| 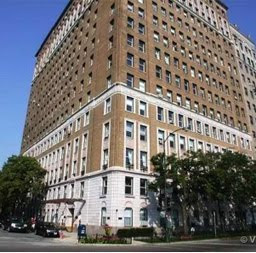 Mortgage Interest Rate Update: Are We at the Bottom?

In 2009, my 5/1 adjustable-rate mortgage went into its seventh year, and the interest rate dropped to 3.35 percent.

I thought that was fairly amazing. When I bought my first home (a co-op on Lake Shore Drive), in 1989, the interest rate on our mortgage was 11.75 percent. Our mortgage payment was huge, as was our monthly co-op assessment, which included our share of the building’s real estate property taxes.

But when my interest rate dropped, instead of celebrating the extra cash we had on hand each month, my husband, Sam, and I spent time discussing when we should pull the trigger on a refinance. We were thinking we might get another year at that interest rate, but we were worried about hyperinflation returning when the economy finally turned the corner.

We opted for the fifteen-year mortgage at 4.25 percent and figured we had just signed off on our last loan ever for our house. While our mortgage payment went up a little (after all, we had been at 3.35 percent), we were able to cut our remaining loan term from twenty-three to fifteen years, saving ourselves tens of thousands of dollars over the life of the loan.

But the question on everyone’s mind is: Are we at the bottom? Is this as low as mortgage interest rates are going to go?

I think the answer to the question depends a lot on what Uncle Sam decides to do next. Although we’ll be saving only about $59 per month with our new loan, can you imagine what would happen if everyone in the country was able to refinance their loan to this low of an interest rate?

Bill Gross, founder and co-CIO of the bond behemoth PIMCO, has suggested that the federal government offer everyone with decent credit a standard thirty-year fixed-rate mortgage at 4 percent. As he has said frequently, this sort of a massive refinance would provide a real boost to the economy, since many homeowners with good credit have mortgages in the 5 to 6 percent range but are unable to refinance because their homes are underwater (worth less than the mortgage balance owed).

Dick Lepre, a San Francisco–based mortgage broker with RPM Mortgage, thinks the government might want to offer a mortgage designed on the “buy down” concept that sellers use to attract home buyers.

As he wrote in a blog post in early September, the new loan would be amortized over thirty years and would have the same high underwriting standards that Fannie Mae is using these days. The loan “would be fixed for the first two years at 2 percent, it would go to 3 percent for years 3 and 4, it would be 4 percent for year 5,” and “it then goes to 5 percent for the remaining term.”

Because the loan would be underwritten at 5 percent, taxpayers would be assured that homeowners would be able to afford their payments.

Lepre wrote that the Federal Reserve would purchase the debt and receive payments from the homeowners. But the benefits would be huge: “It gives homeowners more disposable income. It decreases deducted mortgage interest, putting more money into Treasury,” he writes, adding “by usurping the lion’s share of conforming mortgages, incentives to securitize jumbo mortgages might return.”

And imagine if 10 million homeowners could save an average of $2,832 per year and would spend even a portion of that on goods and services. That’s $28.3 billion pouring into the economy every year for the next fifteen to thirty years.

I don’t know if the numbers are exact, but Lepre and Gross are on the same page: Any way you cut it, you’re talking about a nice economic boost without a dime added to the deficit.

What do you think?

Ilyce Glink is a best-selling author, real estate columnist, and web series host. She is the managing editor of the Equifax Finance Blog and CEO of Think Glink Media. Follow her on Twitter: @Glink

Want to Buy a New House? Beware Developers Hawking Empty Subdivisions
Is It Worth It to Appeal Your Property Taxes?
Should I Refinance Now?