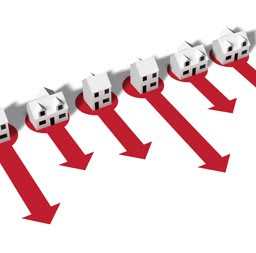 It’s been a lousy few years for home sellers.

With home prices falling by an average of 30 percent (but more than 50 percent in some places, according to the National Association of Realtors) and foreclosures hitting a record high in 2010, home sellers have found it’s pretty hard to sell an average, normally priced home.

And as we head into 2011, home sellers are still facing a host of problems:

I’m often asked what I think will happen next year in the housing market. The safest bet is to assume we’ll have more of the same, as the economy continues with a so-called modest recovery.

Indeed, at the annual convention for the National Association of Realtors, incoming NAR president Ron Phipps, broker-president of Phipps Realty in Warwick, R.I., noted that confusion and uncertainty were hindering the real estate market.

“As we make progress toward real estate and economic recovery, Realtors are focused on making sure that home ownership is both attainable and sustainable,” said Phipps. “However, we know that the old way of doing things just won’t work. We need a new model for both government and the private market.”

Balancing What the Bank Says You Can Afford and What You Can Really Afford
Getting Rid of Debt before Buying a Home
How to Think about Debt When Buying a Home
Strategic Default: The Consequences of Not Paying Your Mortgage
4 Tips for Buying a HUD Home