Underwater with your mortgage? You’re not alone

Underwater with your mortgage? You’re not alone
FacebookTwitterLinkedinRedditGoogle+Pinterest
By Ilyce Glink| January 21st, 2011| 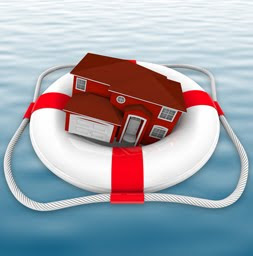 Underwater with your mortgage? You’re not alone

Are you underwater with your mortgage? You’re not alone.

According to the latest figures from CoreLogic, 10.8 million, or 22.5 percent, of all residential properties with mortgages were in negative equity at the end of the third quarter of 2010, down from 11 million and 23 percent in the second quarter.

Unfortunately, the decrease in the number of homeowners who are underwater with their loans was due primarily to foreclosures of severely negative-equity properties rather than an increase in home values.

The CoreLogic Negative Equity Report shows that during 2010, the number of borrowers with negative equity declined by over 500,000 borrowers. An additional 2.4 million borrowers had less than 5 percent equity in the third quarter. Together, negative-equity and near-negative-equity mortgages accounted for 27.5 percent of all residential properties with a mortgage nationwide.

Here are some highlights from the third quarter report:

One of the most interesting findings is that the pre-foreclosure rate is higher for borrowers with more expensive homes (above $500,000) than for borrowers with low- to moderately priced homes (between $100,000 and $300,000). Interestingly, once these homeowners fall into deep negative equity, the relationship reverses, with the low- to moderately priced homes exhibiting fairly higher pre-foreclosure rates (figure 6).

Ilyce Glink is a best-selling author, real estate columnist, and web series host. She is the managing editor of the Equifax Finance Blog and CEO of Think Glink Media. Follow her on Twitter: @Glink