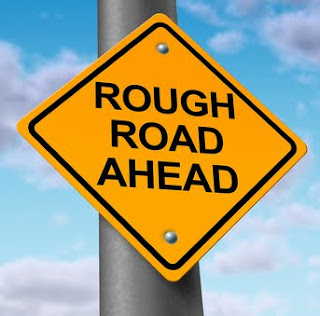 I’d like to start this look at real estate in 2011 by telling you that there are indeed green shoots coming up. I’d love to say that there are indications of people starting to think about buying homes and that lenders have relaxed lending standards so that more buyers can get financing and more homeowners can refinance.

I’d like to tell you that real estate property values are rising and that your home equity will be restored by year’s end.

The problem is I’d be lying if I told you the real estate housing market is returning to anything resembling normal.

Unfortunately, I don’t have a lot of good news in my spring real estate 2011 market forecast. In short, I think the housing market is going to be very much the same as what we’ve been seeing over the past few years since the housing bubble burst, with maybe even more foreclosures than in 2010.

And the foreclosure numbers in 2010 were just awful. According to the Year-End 2010 U.S. Foreclosure Market Report from RealtyTrac, 2010 had a 2 percent increase in foreclosure filings over 2009, and an increase of 23 percent over 2008. One in forty-five U.S. housing units received a foreclosure filing—defined as a default notice, scheduled auction, or bank repossession—in 2010.

The top ten states for foreclosures in 2010 were:

The top fifteen states with the biggest drop in home values were:

If you look at the states on this list, the ones with the biggest drop in home prices are those with steep unemployment rates and a backload of foreclosures. One state surprisingly missing from this list is California.

While California has a high unemployment rate and a high state deficit and is losing residents, parts of the California housing market have come back, thanks to things like an extra home buyer state tax credit for the purchase of a new home.

But that doesn’t mean California’s real estate market has normalized. It hasn’t. And depending on the number of foreclosures the state has this year, its home prices could fall by the end of 2011.

Are there any bright spots? Mortgage interest rates remain low, though they are up from the very bottom in November 2010. And some lenders are beginning to consider allowing borrowers with credit scores of 500 to 600 to purchase homes with FHA loans (and higher down payments), which is good.

Still, builder sentiment is flat, and the new-construction industry is coming off its second-worst year ever. It seems as though real estate in 2011 could look a lot like it did in 2010.

Ilyce Glink is a best-selling author, real estate columnist, and Web series host. She is the founder and CEO of Think Glink Media and the managing editor of the Equifax Finance Blog. Follow her on Twitter: @Glink.

Why Mortgage Lenders Pull Your Credit History Twice
How to Save More Money at Home
Is Now the Right Time to Buy a Vacation Home along the Gulf of Mexico?
Want a Principal Reduction Loan Modification? The New Home Affordable Modification Program (HAMP) Rules You’ll Have to Live By