3 Things That May Not Be Covered by Your Homeowner’s Insurance— But That You Still Need! | ThinkGlink
questions@thinkglink.com
TwitterFacebookLinkedinYoutube

3 Things That May Not Be Covered by Your Homeowner’s Insurance— But That You Still Need!

3 Things That May Not Be Covered by Your Homeowner’s Insurance— But That You Still Need!
FacebookTwitterLinkedinRedditGoogle+Pinterest
By Ilyce Glink| March 10th, 2011| 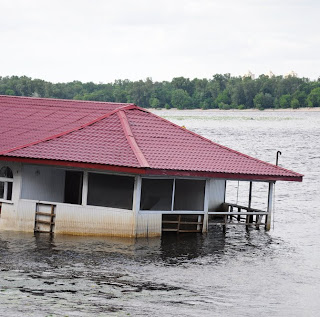 3 Things That May Not Be Covered by Your Homeowner’s Insurance—
But That You Still Need!
By Linda Rey

Flood
Flooding is not covered by homeowner’s insurance. Period. No gray area, no loopholes.

Let’s be specific about what a flood is so you can decide if you need a separate flood policy through the National Flood Insurance Program (NFIP). That flood insurance policy can still be purchased through your local agent.

FEMA defines a flood as “excess of water on land that is normally dry.” The NFIP considers a flood “a general and temporary condition of partial or complete inundation of two or more acres of normally dry land area or of two or more properties (at least one of which is your property) from:

On the bright side, a burst pipe is considered a covered claim.

Earthquake
Depending on where you live in the country, this could be a critical exclusion. The western United States receives the most earthquakes, but according to the United States Geological Survey, they can still occur throughout the rest of the country.

Earthquake insurance should cover the cost of replacing your property or repairing damage to it. When reviewing this insurance, consider the following:

As I’ve said before, insurance exists to protect you, your family, and your assets in case of an emergency. What keeps you up at night? Think about it, and then call your insurance agent. He or she may be able to help.

Linda Rey is a licensed insurance agent at Rey Insurance with a broad spectrum of expertise in life, accident, health, property and casualty insurance as well as retirement planning and college funding strategies.

Insuring a Home Office
Insuring a Vacant Home
Insurance Agents vs. Insurance Websites: Where Will You Get the Better Buy?
Umbrella Insurance: The FAQs