Let’s Stop Denying It: We Need to Buy Earthquake and Flood Insurance—Now! 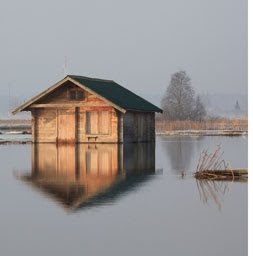 The tragic March 11 earthquake and tsunami in Japan is a harsh reminder that the United States is also vulnerable to natural disasters. Yet Americans continue to deny this, and it shows by our lack of preparation and proper insurance coverage.

Nationwide, 86 to 90 percent of U.S. homeowners lack earthquake coverage, according to A.M. Best. In quake-prone California, only 12 percent of residents carry the coverage, according to a poll by the Insurance Information Network of California. It’s the same story with flood insurance. A 2010 poll by the Insurance Information Institute found that only 10 percent of Americans had a flood insurance policy, down from 13 percent in 2009 and 17 percent in 2008.

The potential cost of earthquakes in the United States is growing because of increasing urban development in seismically active areas and the vulnerability of older structures, which in some cities may not have been built or upgraded to current building codes. The Northridge quake, seventeen years ago, was one of the most costly earthquakes in U.S. history: it resulted in more than $15 billion in insured losses, a sum equal to $22.5 billion today.

How Can You Get Earthquake Insurance?

Earthquakes are not insured under a standard homeowner’s policy, but coverage is available in the form of a supplemental policy. Homeowner’s policies may cover losses from a fire following an earthquake, which could include additional living expenses. Earthquake insurance policies often carry a deductible, generally in the form of a percentage rather than a dollar amount. Deductibles can range anywhere from 2 to 20 percent of the structure’s replacement value.

In states like Washington, Nevada, and Utah that have higher-than-average risk of earthquakes, insurers often set minimum deductibles at around 10 percent.

Earthquake insurance premium rates are determined differently by each insurance company and can vary widely. That’s why it’s important to check with your insurer to determine what’s covered and what’s not.

How Can You Get Flood Insurance?

The U.S. coast is also vulnerable to tsunamis. Just hours after the Japanese earthquake, a tsunami hit parts of Hawaii and California, causing extensive flooding and damage to boats and piers estimated in the millions of dollars.
Flood damage from a tsunami is also not covered under a standard homeowner’s policy. Flood insurance is available from the federal government’s National Flood Insurance Program (NFIP) and some private insurance companies. It can generally be purchased through the same agents and brokers who provide homeowner’s insurance.

For coverage over and above the $250,000 for property and $100,000 for contents provided by the NFIP, you can contact private insurance companies.

Unlike other natural disasters, such as hurricanes, earthquakes and tsunamis don’t have seasons or warning signs. There’s no denying it: an earthquake or tsunami can happen almost anywhere at any time.

Loretta Worters is a vice president with the Insurance Information Institute. As a national spokesperson for the property/casualty insurance industry, she is frequently quoted in leading publications, including the Wall Street Journal, the New York Times, USA Today, Bloomberg Businessweek, Forbes, and Fortune and appears regularly on ABC, CNBC, CNN, and Fox. Ms. Worters serves as the industry’s chief crisis communications officer, developing and implementing disaster communications plans and working with national media during such catastrophes as Hurricane Katrina, the California wildfires, 9/11, Hurricane Andrew, and the Northridge Earthquake. Follow her on Twitter.

Class Action Lawsuit Settlement: Good News or Bad For Your Taxes?
Self-Employed? Here’s What You Need to Know about Estimated Payments
Homeowner’s Insurance Coverage: 4 Items You Must Have
Term Life Insurance: Getting the Best Deal on the Term Coverage You Need