What’s Going On with Foreclosures?

What’s Going On with Foreclosures?
FacebookTwitterLinkedinRedditGoogle+Pinterest
By Ilyce Glink| May 6th, 2011| 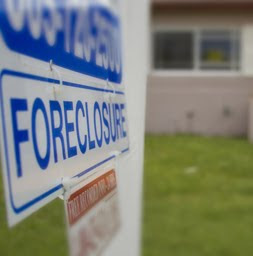 What’s Going On with Foreclosures?
By Ilyce Glink

A recently published RE/MAX survey of fifty-four major markets found that national home prices are down an average of 5.9 percent, compared with February 2010. This steep decline suggests a couple of things about the greater housing market, as well as the expected shape of the ongoing foreclosure crisis:

1. With few exceptions (like luxury and vacation properties), we have not yet found the bottom of a precipitous drop in property values.

2. Persistently declining values will produce more “underwater” borrowers, which may lead to a predicted increase in foreclosure numbers.

Not so fast, says Steve Cook, managing editor of Real Estate Economy Watch. Industry experts have used the phrase “silent moratorium” to account for the mystifying drop in foreclosure activity, even as borrowers continue to report difficulties making payments and maintaining home equity.

Cook says, “If there is a ‘silent moratorium,’ it is the result of liability concerns and regulatory oversight that has dramatically slowed the foreclosure process, increasing foreclosure time frames to four hundred or five hundred days in some markets. Servicers are moving cautiously and deliberately to protect themselves in light of the public spotlight resulting from the Robogate scandal. At least one source estimates it will take four years for all the properties currently in the foreclosure inventory to be sold to third parties. Anemic demand is making the situation worse.”

In other words, the situation confronting homeowners hasn’t improved. Prices are still caught in a downward spiral, and selling a property of any kind remains a challenge. What has changed is the load of bad publicity that forced major lenders to initiate foreclosure proceedings with more caution. But that reluctance may not last much longer.

Cook continues, “Banks that halted foreclosure processing in November resumed activity in December. In California and other Western states, foreclosure sales bounced back to levels approaching pre-moratorium levels. As a result, bank-owned inventories (REOs) increased everywhere in the West except in Oregon, where banks sold more homes then they took back . . . As a result of the large inventory, foreclosures will approach if not exceed record levels this year.”

While none of this information will bring comfort to struggling homeowners and borrowers who hoped the advent of spring might produce a change in fortunes, Cook does believe we’re approaching the end of a national foreclosure crisis. He says, “By the end of the year, the gradual decline in delinquencies and defaults should begin to herald the end of the foreclosure era. Delinquencies thirty days and over are down 18 percent on the year and will continue to decline as the economy slowly strengthens.”

Clearly, what’s old is still new for spring 2011: patience, caution, and hope for a turnaround. The foreclosure crisis will get worse before it finally gets better.