Switching Insurance Plans Can Cost You More In The End | ThinkGlink
questions@thinkglink.com
TwitterFacebookLinkedinYoutube

Switching Insurance Plans Can Cost You More In The End

Switching Insurance Plans Can Cost You More In The End
FacebookTwitterLinkedinRedditGoogle+Pinterest
By Ilyce Glink| June 16th, 2011| 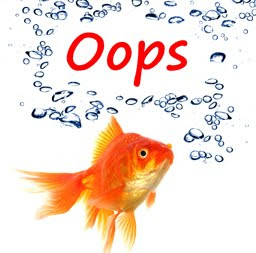 Everyone makes mistakes. This may be a cliché, but it’s true. There is no discrimination as to who screws up every once in a while. The good thing about mistakes, however, is that they can lead to valuable lessons learned.

Recently, we had a client who left us. While it’s not something we like, we do understand that it happens.

In the cancellation notice, the client stated that he wanted to save money. He said that he had asked for a quote from another carrier with a lower premium and that he would be switching his plan from ours to theirs.

We were a little disappointed because the client had been with us for many years. One of our greatest strengths as a family-owned agency is our customer service.
When a client is considering leaving, or looking for a different insurance product, we hope he or she will talk to us first. By talking to the existing insurance agent before switching plans, the client can give the agent a chance to make a counter offer. After all, comparison shopping can be a great way to get a good deal.

When I reviewed the client’s new insurance policy with the other carrier, I discovered the source of his so-called savings. The dwelling value on the policy was less, the liability limit was less, and the deductible was higher.

These are all changes we could have talked through. Had he approached me, I would have explained why the previous levels were set. Unfortunately, the client was not interested in the details of his new or old plans; he just wanted to move forward with the new carrier.

Our former client eventually attempted to raise the limits on his new plan. It was only then that he finally understood the differences in the old and new policies, as his premium increased along with his limits. The benefit that he had seen in changing policies was gone.

He approached us to come back to write the policy as it had been, but at that point it was too late. The carrier was unable to rewrite the policy with the limits and premium he had before due to his account specifications and underwriting guidelines.

The mistake the client made, initially, was making a move without really understanding how his current policy was structured—and not calling us first to learn more, Then, he didn’t know what he was buying or how it compared to what he currently had. As a result, he was not accurately comparing the two policies and only referred to the premium. That inaccurate comparison made it seem like he was saving money when in fact he was not

The question the client needed to ask himself was this: “How much do I really save if it could potentially cost me more money, out of pocket, for not having adequate coverage at the time of a claim?”

The lesson from this mistake is to match apples to apples, and not apples to oranges, prior to making any switch. Look not only at the premium you are paying but also at the coverage that you are buying with your policy. Talk to your insurance agent before making any major changes. And finally, if you want to switch policies, make sure you are getting the best rate for the same coverage…or better!

Linda Rey is a licensed insurance agent at Rey Insurance with a broad spectrum of expertise in life, accident, health, property and casualty insurance as well as retirement planning and college funding strategies.

Read More:
Save Money in 2011 on Your Premiums
Homeowner’s Insurance Costs: It’s Not How Much Your House Is Worth but How Much It Costs to Rebuild
Divorce and Insurance: Who Gets What Affects Your Coverage
How to Resolve a Claim Dispute with Your Insurance Provider