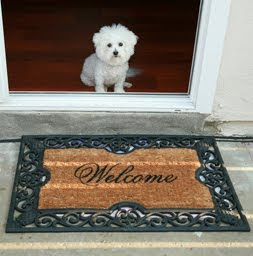 In a national survey released in February of this year, the fifth-ranking reason that people buy homes today was found to be “They Don’t Want to Pay Extra to Own Pets.” This reason outranked “They Want to Live the American Dream” and trailed “They Want More Space.”

Sinking sales, shrinking prices, and surging foreclosures have shaken America’s love affair with homeownership to the core. Our love for our pets, however, will always drive us to find a pet-friendly haven. For those who own beasts larger than a cat, the best option is usually homeownership.

Pet ownership is on the rise

Last year, the number of U.S. households that owned a pet hit an all-time high of 72.9 million. Of those households, more than 46 million families own dogs and another 2.4 million have a horse or two. Nearly half of pet owners, or 49.7 percent, consider their pets to be family members. The actual number of pet-owning households is significantly higher than it was 20 years ago.

Finding a pet-friendly rental can be difficult and expensive

Despite years of concerted efforts by veterinarian groups, humane societies, the pet food industry, and pet-loving tenants, at least 50 percent of rentals prohibit all pets, and many of those that do allow them charge a fee. Pet fees range from flat fees of $20 to $700 and monthly surcharges of $6 to $25. The most-often quoted monthly charge for a pet is $15, while the average up-front fee is about $225, with $100 being the most-often quoted fee. Large dogs often translate into higher fees, as well.

Landlords and pet owners may not see eye to eye

According to the Foundation for Interdisciplinary Research and Education Promoting Animal Welfare (FIREPAW), 35 percent of tenants without pets would own a pet if their landlord permitted. And pet-friendly builders have fewer vacancies and longer-term tenants. Yet in today’s rental market, few landlords feel the need to cater to pet owners.

Tension between pet owners and landlords has generated litigation in several jurisdictions. Last year, a Fargo, N.D., landlord was charged with discrimination for charging a nonrefundable deposit of $200 plus $20 more per month in rent to tenants with disabilities who owned companion animals.

Lack of pet-friendly housing is the primary reason owners relinquish their pets to shelters, according to the American Humane Association (AHA). Many are families who left homeownership and returned to rental, either voluntarily or involuntarily. These pets are contributing to a glut of shelter pets, especially dogs, that has strained the resources of AHA facilities.

The power of pets

Pet owners fit the target demographics for homeownership perfectly. Pet people are more likely to be traditional families; they are slightly younger than the average homeowner, and significantly more pet owners are married.

The power of pets is not lost on Rhona Sutter, a real estate broker in Naples, Fla., who calls her company “The Pet Realty Network.” Launched in January 2007, it offers “pet-friendly real estate” for pets and their people. Her website adds, “By focusing on the special Real Estate needs of pet owners and their pets, The Pet Realty Network is different than other Real Estate Web sites and is an excellent and cost effective alternative to traditional advertising.”

Are you a pet owner? How much does your pet influence your choice of housing? I’d love to hear your thoughts in the comments.

What a First-Time Homebuyer Needs to Know
Housing Market Predictions: Home Values Continue to Sink
Buying an REO or Foreclosure: What You Can Expect and What Can Kill the Deal
Congress Doubles Funding for Troubled USDA Housing Loans
Home Repairs: Do It Yourself or Hire Help?