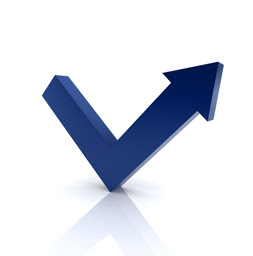 In 2006, the experts said housing prices would never fall. They were wrong. In 2009, they said prices had bottomed out and things would be getting better. They were wrong again. Now, they say that the recovery will finally come in 2012.

What is it with these three-year predictions? Homeowners desperately want to believe them, but the experts’ track record isn’t very encouraging. When around 30 percent of the nation’s mortgaged homes are still underwater nearly six years after the housing crash, there’s good reason for despair.

At some point in the first half of this year, the national average home value dropped below the level of 2009. This was the so-called “double dip”—a drop that most experts predicted would never come. But it’s come and gone, and now the question is “what next?”

In April and May, the prices perked up a little. In April, even the curmudgeonly S&P/Case-Shiller indices rose 0.7 percent and 0.8 percent over March. In May, CoreLogic’s Index rose slightly for the second month in a row, and May’s pending home sales for the National Association of Realtors (NAR) popped 8.6 percent over April.

Don’t break out the bubbly. It’s way too soon to celebrate.

About a year ago, when home values were temporarily picking up due to the tax credit, the experts had a big debate. Would the recovery look like a “V,” as everyone assumed? Prices fell fast; it was only fair that they would recover as quickly. Or would the recovery look more like a “U,” where prices would stumble around awhile at the bottom until they wised up and rose like they were supposed to? Some of the more sadistic experts predicted a “W,” where prices would fall, rise and fall again.

Well, the sadists turned out to be right. Now what?

There is a fourth camp in the experts’ alphabet soup, the “L” guys. The “L” scenario is the grimmest of all. This scenario predicts that once the bottom is finally reached, prices will stay there, maybe for a long time.

Scott Sambucci of Altos Research calls this the “Catfish Recovery.” “Housing prices will find their way back to a fairly stable and sustainable place near the bottom and they’ll stay there for a while. Catfish live on the bottom of lakes and streams, bobbing up and down, moving around without any clear direction. The housing price trend will look like the path of a swimming catfish, and that’s why it’s the catfish recovery,” says Sambucci.

Whether you like to use letters or fish to describe what’s going on, the point is that it’s not good news for homeowners, especially in the short run.

Here’s why. First of all, foreclosures, which have been the villain for the past four years, are on the wane. Foreclosures, which have flooded markets across the nation, sell at a discount, which forces down everybody’s home values. For more than a year, the mortgage delinquency rate has slowly but steadily declined. It’s still much higher than it should be, and there are still millions of foreclosures in the pipeline, but the stronger markets already are seeking a decline in foreclosure inventory.

Even the spooky “shadow inventory” of foreclosures—properties in the foreclosure pipeline but not yet listed on multiple listings services—has declined over the past year but still amounts to five months’ worth of home sales. That’s the good news.

This is summertime. People are supposed to buy homes in the spring and summer.

Here’s what the experts now expect

A June survey of 108 experts by MacroMarkets, an outfit headed up by Robert Shiller of Case-Shiller fame, found that the experts’ expectations for the pace of recovery has fallen significantly over the past quarter. The 69 who are currently forecasting a 2011 turning point predict less than 2 percent average annual growth in nominal home prices over the five-year period ending December 2015. The average expected cumulative home price change between Q4 2010 and Q4 2015 is just 5.71 percent. That’s a huge turnaround, some $1.2 trillion less in aggregate U.S. single-family housing wealth at the end of 2015 than projected just six months ago.

Six percent over five years? You can do better with a savings account. Can you spell “L”? Let’s hope that the experts will be wrong once again.

What a First-Time Homebuyer Needs to Know
Housing Market Predictions: Home Values Continue to Sink
Buying an REO or Foreclosure: What You Can Expect and What Can Kill the Deal
Congress Doubles Funding for Troubled USDA Housing Loans
Home Repairs: Do It Yourself or Hire Help?