Foreclosures: The Beginning of the End, Part I | ThinkGlink
questions@thinkglink.com
TwitterFacebookLinkedinYoutube

Foreclosures: The Beginning of the End, Part I

Foreclosures: The Beginning of the End, Part I
FacebookTwitterLinkedinRedditGoogle+Pinterest
By Ilyce Glink| August 9th, 2011| 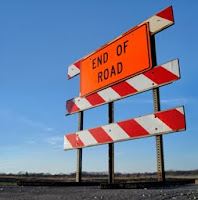 The Beginning of the End of the Foreclosure Era – Part One: Reading the Signs

Since 2006, more than 6.5 million families have lost their homes to foreclosure, and today hundreds of thousands more are at risk of joining them. However, the glory days of the foreclosure era are numbered unless a new economic shock darkens the national economic picture and returns the United States to double-digit unemployment.

Three key factors will determine the pace of change:

As always, real change will come to local markets individually based on local conditions.

Signs that the foreclosure era is ending

A steady decline in seriously delinquent mortgages and new foreclosures over the past year is the primary reason that the end of the foreclosure era is beginning. Additionally:

Signs of changes are just beginning to show up in the marketplace. The percentage of distress sales is the same as a year ago—about a third of inventory and nearly half of sales. But the total numbers are down, as both sales and inventory are lower than they were a year ago.

A survey of real estate agents by Inside Mortgage Finance reports distress sales started falling in April. A more recent report by RE/MAX using current June data found that inventories in foreclosure markets that were once awash in foreclosures are down as much as 25 percent to 50 percent from a year ago.

The foreclosure era will end with whimper, not a bang. Foreclosures will be with us for years to come, there will just not be as many. The number of seriously delinquent and foreclosed homes exceeded 4 million at the end of May; that’s about the total number of homes Americans buy each year. How quickly those properties are processed and sold to new owners, rather than how many new properties enter foreclosure, will be the most important factor shaping tomorrow’s foreclosure picture.

Unfortunately, demand for all homes, like demand for foreclosures, is so anemic that the market currently is absorbing foreclosures at a slow rate, and it’s hard to forecast what the inventory might look like in six to 12 months.

Additional complexities to predicting the end of the era

An issue clouding the waters and making near term foreclosure market predictions more difficult is the increasing delays in processing foreclosures following the series of procedural blunders by major lenders last year. With government regulators and litigators looking over their shoulders, lenders are taking forever to dot each “i” and cross each “t.” More than a million foreclosures that should have been processed this year will be pushed into 2012, according to RealtyTrac.

Also, there’s new evidence that lenders delay processing foreclosures to avoid putting the losses on their books as long as they can—and the bigger the debt, the longer lenders wait. A new study by ForeclosureRadar found that it’s taking over a year to process the average foreclosure worth more than $417,000.

In the end, these processing delays will extend the foreclosure era artificially and with it the pain that it has brought to housing markets though depressed values, negative equity, and oversupply.

Next week, I’ll discuss how the foreclosure era is seeing improvement—and who can take credit for that improvement.

Help Is on the Horizon for Unemployed Homeowners

The Cube Project: What Would You Give Up To Live In A Tiny House?

Now is the Time of the Real Estate Investor